A commentary on critical thinking 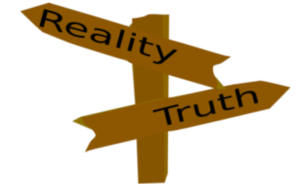 Lately, I (#blogger #blog #somseason #YA #authors) have been involved in several discussions with people regarding truth. It typically begins with a question like: How do you know what to believe on social media and in the news? It’s not easy.

One of the definitions in the Cambridge English Dictionary is: “Truth is the real facts about a situation, event, or person.”   That same dictionary defines a fact as “something that is known to have happened or to exist, especially something for which proof is given.” What people are really wanting to know is: How do we determine what are the real facts of a situation, event, or person, and what’s the proof?  I am going to attempt to answer that question.

I have come to realize that we humans are programmed, manipulated, brainwashed (you pick the word) to believe what we are told. Most people believe what the Mainstream Media (MM) is telling them. Most believe what our leaders and governments tell them. I have even heard people proclaim, “Our leaders/governments would never lie to us.” We believe if “doctor” is in front of a name, or a person has a doctorate degree, then they are telling us the truth. We think, “They’re a doctor, it must be true.” We believe everything our spiritual leaders tell us. I once heard a person say (paraphrased): “Tell me what I need to do to obtain my salvation, and I will do it.”  Organized religions have indoctrinated us to think a certain way and believe what they tell us without questioning, often using fear to do so.  Comedian, George Carlin, once said: “I have as much authority as the Pope. I just don’t have as many people who believe it.” He’s right. MM is constantly proclaiming “Experts say” (see Experts say).  As soon as it is labelled “expert” we think: “It must the true if experts say it.” Rarely are we told who these experts are. When statistics are given from some study, we think the stats make it true.

Debate.org deliberates on the question: Are we being brainwashed as a society? Here is an excerpt.

…in my society, the United States, I think we’ve been being brainwashed for a long time, and still are. We’ve just never been encouraged to think critically about things. We’re always told/taught what to think, rather than how to think, which I consider tantamount to brainwashing.

We’re encouraged in schools to stand in reverence and pledge allegiance to the flag before we’re even taught why we owe our allegiance to it in the first place… We’re taught early on in our schooling that certain drugs are bad (marijuana, LSD, psylosybin, etc.) but are not told why they are bad, and nary a word is said of the harms of socially acceptable drugs such as alcohol, tobacco, oxycotin, or even pharmaceutical drugs that are often used in excess for recreational purposes, like children’s cough syrup. Even in the media, we’re often presented with a biased view of events, and they are often put through an ideological filter, and rather than presenting only facts; the opinions of the reporter are reported along with it.

The debater said, “We’ve just never been encouraged to think critically about things.” He or she is absolutely correct. I always tried to teach my students to think critically, but it was a difficult battle. Students typically resist thinking critically. Sadly, their only concern is what is on the test. Over my teaching career, I’ve heard many a student say: “Just tell me what I need to know for the test.” People, like my students, are programmed NOT to think for themselves. Instead, they are told what to think and tested on it.

The Buddha—also known as Siddhartha Gautama—(circa 450 BCE) an individual whose teachings form the basis of Buddhism allegedly said:

Now that is good, sound advice. Just because someone—even if they have credentials—said it, doesn’t make it true. We must think for ourselves and come to our own truth. If we believe everything we’re told, then we are being unknowingly bullied (#bullying #antibullying). If ever there was a time in human history to think critically, it is now! There is much misinformation being told.

We are robots. We are programmed, manipulated, or mind-controlled to just believe whatever someone tells us; especially if they are seen as an authority figure. I experienced that as a teacher. My students, for the most part, would believe anything I told them. A colleague of mine once told his students that packaged wieners were dug out of a landfill site after being in there for 100 years, and the wieners were still edible. This teacher was “pulling their leg,” of course, but the students completely believed the teacher. The reality is, we humans tend to believe what we are told, even if we think we don’t.

So how does a person think critically? When you are critically thinking, you are asking: What is my truth? You are tapping into what is yours, what feels right to you, and deciphering what is somebody else’s. Whenever we are told something—whether it be the news, a YouTube video, another person—you can digest the information by thinking critically. That can be done using these three steps.

Ask yourself: Does the source have an agenda or goal? All media messages have goals, which can affect the information presented. For example, Coca-Cola claimed its Vitaminwater brand could promote healthy joints and reduce the risk of eye disease, among other health benefits. Such claims are aimed at selling a product and are likely partially true or maybe not true at all. Some publications aim to rally readers around a particular issue, like climate change, and so may present a skewed view of the science.

“Everything is energy and that’s all there is to it. Match the frequency of the reality you want and you cannot help but get that reality. It can be no other way. This is not philosophy. This is physics.”

Thinking critically means stepping out of right or wrong, good or bad, or true and false and using your intuition to feel the energy of the information you are receiving. Cambridge English Dictionary defines intuition as: “(knowledge from) an ability to understand or know something immediately based on your feelings rather than facts.”  Have you ever gotten a “vibe” from someone or something? Have you had a feeling that I’m unsafe,  I’m in danger, or felt that something was a bad idea? I have. That is your intuition. Now use those same intuitive feelings to determine if a message you’re receiving is your truth. If it feels right, then it is your truth. If it feels incorrect, then it is someone else’s.

Start critically thinking for yourself. That is what I am doing. Not everyone likes it, as they want to debate me and prove me wrong. I will no longer allow bullies to manipulate me to think a certain way. I am stepping into my sovereignty and thinking for myself. I encourage you to do the same. That doesn’t mean I’ll disrespect their truth.

One thought on “How Do You Know What is Truth?”