The CBC news article, Starbucks pledges to donate 100% of unsold food, reported that Starbucks corporation on March 23, 2016 publicized plans to eliminate food waste and donate all of its unused food items from its U.S. stores to the needy within five years. Perishable items such as breakfast sandwiches, salads, and other ready-to-eat meal packages would be donated. The company said it will add up to five million meals in its first year, and more than 50 million free meals by 2021. They plan to use an agency called Food Donation Connection (FDC) to get the items to the food banks and homeless shelters. Since 2010, Starbucks has been collecting pastries at the company’s 7,600 stores after they can no longer be sold to customers, and working with FDC to get the pastries to people who need them.

Canadian Starbucks locations will not be included in the program, but a spokesperson told CBC News that Canadian Starbucks is watching closely. Food consultancy Value Chain Management International Inc. estimates that roughly $31 billion worth of food is wasted in Canada every year. According to a Starbucks spokesperson, “In Canada we currently have measures in place to donate unused food and are working to formalize the practices so that we can maximize our efforts in this market.”

I did some research and learned that there are other companies who donate unsold food. According to an article on AME Science, Tesco is a British multinational grocery and general merchandise retailer who plans to eradicate all its food waste by 2017. They’ve started several projects to achieve this goal. It has also started selling “wonky veg” boxes, to encourage consumers to buy imperfect foods. In a 14-store pilot programme the company provided the equivalent of 50,000 meals to less fortunate people.

According to figures published by Tesco 55,400 tonnes of food were thrown away at its stores and distribution centres across the country in 2015. This would be the equivalent of over 125,000,000 meals, assuming all the food were edible. Even if half of it is edible, that still brings a huge amount of meals. Another article by Salon reports Tesco’s initial report found the biggest losses were in bagged salad, two-thirds of which was being discarded either in-store or by customers; it was also wasting 40 percent of apples, a quarter of grapes and a fifth of bananas.

I was curious as to why grocery stores throw out so much food although it is only 10% of the total food wasted, whereas about 14% of all household food is wasted according to davidsuzuki.org. The site says over 30 percent of fruits and vegetables in North America don’t even make it onto store shelves because they’re not pretty enough for picky consumers. According to Business Insider, the reasons why stores waste is:

So why don’t all stores donate the unsold food to charities. From what I can determine, the reason is businesses fear they will be held liable should the product donated later cause harm to the recipient. It’s Interesting to note that in 1996 U.S. President Bill Clinton passed the Good Samaritan Act to encourage companies to donate healthy food that would otherwise go to the waste dump. This law protects businesses from liability when they donate to a non-profit organization. To my knowledge Canada has no such law. The province of Ontario, however has such a law called the Donation of Food Act which was passed in 1994.

Kudos to the Starbucks and Tesco corporations. I’m quite sure my research is not thorough. I’m sure there are other companies out there so I applaud any of the companies I’ve missed who donate unsold food to charities.

On August 7, 2015 I wrote a post about the France National Assembly who voted unanimously to ban supermarkets from throwing away or destroying unsold food.  According to the article, France pass new law forbidding food waste, large grocery stores must donate edible food to charities and allow inedible food to be used for animal feed or compost.

I have since learned that Italy is set to become the second European country to pass legislation that will pressure supermarkets to stop throwing out food waste, and instead give it to those in need. (See Italy’s about to pass law). The soon to be Italian law is slightly different from the French law in that Italy’s legislation rewards companies for donating by reducing their rubbish tax. The more food companies donate, the bigger savings they’ll receive in taxes. 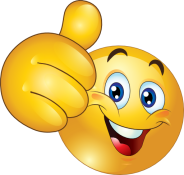 Thumbs up to the European countries of Italy and France who are making efforts to waste less food and support less fortunate people. Kudos to the United States and to the province of Ontario for passing laws that protect companies who choose  to donate food instead of throwing it out. It is time for other provinces or Canada as a whole to do the same. 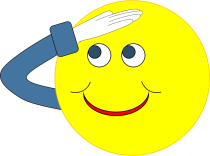 My research also showed me that there are many food rescue (also known as food recovery or food salvage) organizations in Canada and the United States. These organizations glean edible food from places such as restaurants, grocery stores, produce markets, or dining facilities and distribute it to emergency food programs. The food would otherwise go to waste. In Canada there are organizations such as Second Harvest and Forgotten Harvest. In the US there is Feeding America, Food Forward and many more. I salute those charity organizations who do the right thing.

British novelist and author of the Chronicles of Narnia, once said, “Integrity is doing the right thing, even when no one is watching.” I am so grateful that there are people, organizations, companies and countries in this world that have integrity.