A commentary on our education system. 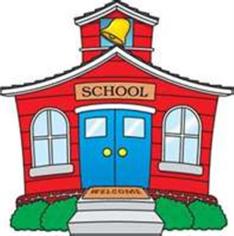 Several months ago, a news article came across one of my news feeds titled, We are born creative geniuses and the education system dumbs us down, according to NASA scientists. My immediate reaction was: No way was I a part of a system that “dumbs down” kids. I made them smarter. The truth was, this headline disturbed me, and when I first saw it, I ignored it and never bothered to read it, thinking I’ll read it some time later. Well, later is here, and I read the article. Here is the jest of the article.

Scientists gave a test that looks at the ability to come up with new, different, and innovative ideas to 1,600 children between the ages of 4 and 5. What they found was that 98 percent of children fell into the genius category of imagination?  The scientists were so astonished that they decided to make it a longer study and tested the children again five years later when they were ten years old. The result? Only 30 % of the children fell in the genius category of imagination. When the test was given at the age 15, the figure had dropped to 12%. Curious about adults, they tested them as well. Shockingly, only 2% of adults are still in contact with their creative genius after years of schooling.

The results were replicated more than a million times, implying that the school system robs us of our creative genius. That is especially disturbing to me because that means I played a part in it. I was a school teacher for 35 years. I had to ask myself: Did I really “dumb down” kids? I refused to believe it, but these results suggest otherwise. This bothered me, so I set out to prove otherwise.

The Huffpost’s article, How Schools Are Killing Creativity, says this about schools.

You were bullied, made fun of, and you had this teacher that told you to stop dreaming and live in reality. So what did you learn at school? You learned to stop questioning the world, to go with the flow, and that there’s only one right answer to each question. The “whys” you have always wanted to ask are never on the test, and they are omitted from the curriculum.

I had to admit, there is a lot of truth in that. I taught in a system that gave standardized tests which counted 50% of the student’s final mark. My focus as a teacher was preparing students for the government test, so I’ll be honest, all creativity went out the window. We didn’t have time to create and look at a diversity of viewpoints. We taught only what we had to in order to  prepare students for the test.

Benjamin Greene, founder of Britain’s biggest brewery says, “The biggest atrocity of all is to indoctrinate our children into a system that does not value their creative expression, nor encourage their unique abilities.”  I would have to agree, and sadly, I had to admit I may have contributed to it.

During my research, I came across numerous articles suggesting that our school systems indoctrinate children. This was even more disturbing to me, as in my mind, there was no way I was a part of a system that indoctrinated kids. I was preparing them for life and the “real world.”  Was I naive?

Most dictionaries define indoctrination as, “The process of teaching a person or group to accept a set of beliefs uncritically.” American Journalist and author, Peter Hitchens said, “Is there any point in public debate in a society where hardly anyone has been taught how to think, while millions have been taught what to think?” Do our education systems teach children what to think? Having been in the education business, I would have to say yes.

Curriculum presents a point of view, and even though we as teachers try to teach kids to think critically, they are reluctant to do so. Students resist thinking critically, unless forced to, and with standardized tests, they didn’t have to for most part. Richard Dawkins, in his book, The God Delusion said, “Do not indoctrinate your children. Teach them how to think for themselves, how to evaluate evidence, and how to disagree with you.” I must agree. I believe we as an educational system have failed to teach our students how to think for themselves, or at least do it well. Instead we teach them “facts” to learn for a test.

American astrophysicist, Neil deGrasse Tyson said, “When Students cheat on exams it’s because our School System values grades more than Students value learning.”  Therein lies the flaw with the education system. There were thousands of times during my career when students would say to me, “Just tell me what I need to know for the test.”

American journalist, H.L. Mencken said, “The aim of public education is not to spread enlightenment at all; it is simply to reduce as many individuals as possible to the same safe level, to breed a standard citizenry, to put down dissent and originality.”  Are we teaching kids to be submissive? If we are, I am troubled!

…indoctrination itself is not wrong, because children have to be taught something in order to grow up to be functional members of society. The question is, what should they be taught? This means that Catholics and other Christians should have the right teach their children about God and his moral law without being unfairly labeled as practitioners of “indoctrination.”

Maclean’s article, Why are schools brainwashing our children? maintains that education systems in the Western world are “brainwashing” young children to be social activists, saying,

Increasingly, faculties of education in Canada and much of the Western world are preparing their student teachers to weave social justice throughout the primary school curriculum…as well as into a range of cross-curricular activities, events, and projects. The idea is to encourage kids to become critical analysts of contemporary issues, empathetic defenders of human rights and gatekeepers of the beleaguered Earth.

Is that a bad thing? Depends who you ask.  An article by The Federalist, says,

Many people have long suspected that governments sometimes attempt to indoctrinate their people to increase the government’s own power and influence. Unfortunately, ambitious governments will not stop at merely controlling what their people can do; they must control their minds.

The article goes on to say,

What is the solution to indoctrination then?  This same article states:

The only real solution to indoctrination, then, is good teachers. Good teachers (which include parents, mentors, and other knowledgeable adults) train students in methods of thought while supplying the stuff of thought. They teach a person to evaluate an argument properly, find actual solutions to problems, and determine what is true and what is false.

I tried to be one of those teachers, and it’s true! Most of the articles related to indoctrination and the education system are critical of the system’s use of a LGBQT Inclusive Curriculum, or promotion of a liberal agenda, or a conservative one, or a sex-education curriculum that they believed promoted promiscuity, and on and on. All maintained that the school system is indoctrinating children. According to the definition of indoctrination, they are. The reality is, you cannot remove viewpoints from school systems, as every curriculum designer, and every teacher has their point of view.  Is that Good? Depends on your perspective.

As far as I am concerned, if teachers are ‘indoctrinating’ kids to stand up for human rights and to protect the planet, then I am proud that I was one of those teachers. I say bravo to the teachers who do so. If our educational systems are stifling creativity and teaching kids to be submissive, then shame on them. As The Federalist article says, teachers must be allowed to teach their students “to evaluate an argument properly, find actual solutions to problems, and determine what is true and what is false.”