A Commentary on the worlds rage over George Floyd’s murder

Just when I think 2020 can’t get any worse, I (#blogger, #blog, #YA, #authors, #somseason) witness the United States fall into Chaos as rage spread across the country over police brutality of African Americans. The rage is expressed in the form of protests and riots resulting in destroyed businesses and damaged landmarks. Protests also occurred around the world, with people gathering in solidarity with protestors in Montreal, Vancouver, Jerusalem, London, Berlin, Paris, Copenhagen, Rio de Janeiro, and in 140 American cities. (See ‘We Are All George Floyd’: Global Anger Grows Over a Death in Minneapolis). World leaders in Addis Ababa, Ethiopia, and Beijing criticized the U.S’s rapidly eroding moral authority on the world stage.

This Chaos was sparked by racial bullying, (#antibullying, #bullying) with a police officer murdering George Floyd, a 46-year-old black man in Minneapolis.  Racial bullying is a type of racism where someone’s bullying focuses on race, ethnicity or culture. George Floyd’s friends and family referred to him as a “gentle giant,” and say he never made an enemy. Mr. Floyd is just the latest of a growing list of African Americans whose deaths have sparked outrage and protests across the nation.  Ahmaud Arbery was shot and killed in February in Brunswick, Georgia, by two white guys while he was out jogging. (See Ahmaud Arbery) Other victims of racial bullying are Breonna Taylor. Sandra Bland. Philando Castile. Eric Garner. Trayvon Martin.

People across the world are enraged with racism on the planet. We Canadians like to see ourselves as non-racist, but truth be known, it is a problem here as well. CBC News’ article, Thousands rally in Toronto to protest racism in wake of the death of Regis Korchinski-Paquet, reports that thousands of people attended a peaceful rally to protest racism around the world and to demand answers in the death of 29-year-old African Canadian Toronto resident Regis Korchinski-Paquet. In the case of Korchinski-Paquet, her mother had called for police assistance after a domestic conflict, requesting that her daughter be taken to the Centre for Addiction and Mental Health. Regis’ family has accused Toronto Police of pushing her off  of the balcony, while the police claim that she was on the balcony when their officers arrived, and that she jumped from the building.

In the article by The Guardian, Black Toronto residents 20 times more likely to be shot dead by police, study says, it reports that black people made up 61% of cases where police used force that resulted in death according to the Ontario human rights commission. In another CBC News article, Canadian police must acknowledge racial bias to fix it, Indigenous advocates say, it states there are numerous cases involving police use of force against Indigenous people. The pattern is police physically abuse Indigenous people, but rarely cause deaths unlike the U.S. Racial bullying is an issue in Canada, just as in the U.S.

Bullying of any kind, including racial bullying, is a learned behaviour. If it is learned, then it can be unlearned. Penn State University has an article, Racism is Learned at an Early Age, where it states:

Learned racism is the outcome of how often an individual is personally exposed to how dissimilar cultures and races of people interact with one another…improved relations and withheld judgments may occur if a child observes positive interactions and attitudes among diverse groups.

A huge part of racial bullying has to do with White Privilege. Alberta Civil Liberties Research Centre, (ACLRC) at the University of Calgary, defines White Privilege, or White-Skinned Privilege, this way:

“The unquestioned and unearned set of advantages, entitlements, benefits and choices bestowed upon people solely because they are white. Generally white people who experience such privilege do so without being conscious of it. Examples of privilege might be: ‘I can walk around a department store without being followed’; ‘I can come to a meeting late and not have my lateness attributed to my race’; ‘I can turn on the television or look to the front page and see people of my ethnic and racial background represented”

I can say, as a Caucasian, that I have never been followed around in a department store. Any time I’ve been late to a  meeting, my lateness was never attributed to being white. That cannot be said for Indigenous people or those of African heritage.  The vast majority of shows I watch on television are actors of my ethnic and racial background. That is not true for Indigenous people. Having white skin bestows benefit and privileges that white people often do not grasp. On the other hand, many people of colour, and Indigenous people, are likely highly aware of these privileges because they are denied them on a daily basis. Check out McIntosh’s “White Privileges” checklist in the ACLRC article and see if you answer yes to them as a Caucasian. I answered yes to them all.

I recently saw this quote in a meme: “Privilege is when you think something is not a problem because you aren’t personally affected.” That about sums it up. Those of us with White Privilege must understand that the outrage happening in the U.S, and around the world, is because African Americans, African Canadians, and Indigenous people have less privilege (less access to education, jobs, etc.), are labelled (lazy, unethical, etc.), are regularly bullied, and can’t even go for an evening walk in their neighbourhoods without fearing racial bullying. Caucasians must recognize their part in maintaining and benefiting because of white supremacy.

So long as White Privilege exists, and racism or intolerance is modelled to our children, this problem will exist. What is happening in the U.S. is very disturbing, but understandable. It’s a wakeup call for the human family to stop, reflect, and decide what type of world we want to live in. Do we want to live in a world where compassion is the norm, and true equality exits? Our political documents say we are all equal, but the reality is, this world lacks equality. As George Orwell’s Animal Farms says, “Some are more equal than others.” Like the pandemic, this is just another wakeup call for the human family. These protests are call for a better world, and we the people must demand it. 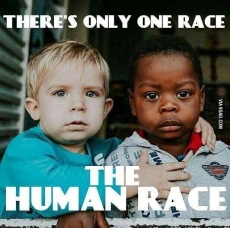 I’ve said many times in previous posts, there is a very simple solution to bullying, and that is following the Golden Rule which says, “Do unto others as you would have them do unto you,” and it’s true. If only it were that simple.