I (#blog #blogger #YA, #authors, #somseason) recently read an article titled, Anti-racism march in central Alberta postponed after angry backlash, in the National Post. It’s tells of a person planning to hold an anti-racism march in a small town in Alberta, the province I live in. The protest was postponed following what its organizer calls a “bigoted backlash.” What caught my attention most was in the article, it quoted a man who wrote, “I will not welcome this to our town, the entire thing insinuates we have some sort of racial problem which we do not.” This exposes the fact that at least some Canadians believe Canada is not a racist country.

It got me wondering just how bad racial bullying (#bully #antibullying) is in my country. A CTV News’s article, Racism not a big problem? Activist says survey shows Canadians ‘in denial,’ discusses a 2019 survey which says, 8 in 10 Canadians believe race relations in their own communities are “generally good” with the largest majority of positive views held by white respondents (84%), and the smallest among Indigenous respondents (69%). The survey also divulges that Canadians were more likely to view racial discrimination as the attitudes and actions of individuals, and not a systemic issue embedded in Canadian institutions. Two-thirds of respondents said people from all races have the same opportunities to succeed in life.

If most Canadians believe all races have the same opportunities, is that the truth? The Canadian Human Rights Commission says:

“The roots of anti-Black racism and systemic discrimination in Canada run deep. They are historically embedded in our society, in our culture, in our laws and in our attitudes. They are built into our institutions and perpetuate the social and economic disparities that exist in everything from education, to healthcare, to housing and employment.”

Canada is a racist nation steeped in perpetual white privilege. The descendants of the colonial founders of our country have racism and bigotry “built into their brains…Canadian society is intrinsically anti-black, not to mention anti-Muslim, anti-Sikh, anti-Jewish, as well as haters of homosexuals. PM Justin Trudeau has informed society that white Canadians are genocidal toward First Nations peoples.

Wow! That hurts. I was one of those Canadians that actually believed Canada was less racist than the USA. My eyes were opened when I started learning and teaching about Residential Schools in Canada. I thought I knew everything there was to know about Canada’s racial bullying of Indigenous peoples. After all, I was a history teacher.  Then I read in the Globe and Mail’s, When Canada used hunger to clear the West, which says:

…medical experimentation [was done] on malnourished aboriginal people in northern Canada and in residential schools. Rather than feed the hungry among its wards, government-employed physicians used pangs of hunger to further their research into malnutrition.

The article explains that for years, government officials withheld food from aboriginal people until they relocated to their allotted reserves, forcing them to trade freedom for rations. Once on reserves, food was placed in ration houses and was intentionally withheld for so long that much of it rotted while the people it was intended to feed fell into a decades-long cycle of malnutrition, suppressed immunity and sickness from diseases such as tuberculosis, resulting in thousands Indigenous people dying.

Now that sounds like genocide to me. Residential schools were a deliberate attempt at a cultural genocide, which I knew and taught about, but was there an attempt to deliberately starve Indigenous people?  Seems like it to me. What shocked me more was to learn of the shameful experimentation on Indigenous people in the residential schools. This was new information to me, and I taught history for most of my career. How could I be a history teacher, and not know this stuff. I knew nothing about African Canadians, since there were few in Western Canada where I grew up. I taught about the US’s history of slavery, but was slavery  a thing in Canada?

Ricochet uses journalism which seeks to illuminate the cultural and political diversity within Canada.  Its article, A forgotten history of slavery in Canada, says:

Institutionalized for 206 years, slavery occurred in Upper Canada (now Ontario), New France (Quebec), Nova Scotia, Prince Edward Island, and New Brunswick, and at least 4,000 people were its victims. French colonists initially bought slaves from U.S. colonies, and also brought them to New France from the West Indies, Africa, and Europe… “In my engagement with African Canadian history, I have come to realize that Black history has less to do with Black people and more with White pride,” writes Afua Cooper in The Hanging of Angélique: The Untold Story of Canadian Slavery and the Burning of Old Montréal. “That is why slavery has been erased from the collective consciousness. It is about an ignoble and unsavoury past, and because it casts Whites in a ‘bad’ light, they as chroniclers of the country’s past, creators and keepers of its traditions and myths, banished this past to the dustbins of history.”

That fits with what I said in my last post, Does Canada Have a Systemic Racism Problem?  In that post, I said history is a story or tale of what has happened, or may have happened, in the past. It seems to me that we Canadians have been told a tale; a myth; the myth that we are morally superior to the US.  I was never taught about slavery in Canada, nor was it a part of the school curriculum. As the article says, “Too many stories have been ignored, exaggerated, or capitalized on in Canada’s history.”

It astounds me how I can grow up not knowing about the Residential Schools and Slavery in Canada until in my 50’s and later. I learned when I  visited a residential school, which is now a indigenous university, just north of where I live, where a speaker told us that residents in the nearby town of St. Paul were completely oblivious as to what was happening in a school just a few kilometres outside their town. This part of our history was hidden from us.

We Canadians claim we embrace diversity and human rights as the foundation of our democracy, yet systemic racial bullying is prevalent in our country. In the article, A forgotten history of slavery in Canada, which I mentioned earlier, it states:

It is no longer racism which is the problem– it is “systemic racism”–a much more potent variety for the cultivation of punitive damages toward European-Canadians. 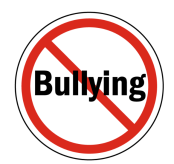 In my last post, I mentioned a definition of White Privilege as, “Privilege is when you think something is not a problem because you aren’t personally affected.”  Those of use of European heritage must stop believing the myths we’ve been taught, start doing our own research, and realize that Canada has a dark history. Our history books fail to tell us the full truth of our past. Open your eyes, fellow Canadians! Systemic racism, or systemic racial bullying, is part of our past. It is hypocritical to condemn racial bullying in the USA when we have a racial bullying problem ourselves.  It says in Matthew 7:5 of the Christian Scriptures; “You hypocrite, first take the log out of your own eye, and then you will see clearly to take the speck out of your brother’s eye.” It is time for Canadians to “get our heads out of the sand” and admit the truth that we too have a systemic racial bullying problem, and start dismantling it.