If I am honest with myself, I have to admit that I have always had some struggles with the consumerism of Christmas. I grew up with six siblings and parents who didn’t have much money. We always received gifts for Christmas, but they were simple gifts like farm sets and matchbox vehicles. Truth be told, we were happy with the gifts given to us, even though they were not the biggest or newest toys on the market at the time. Being an adult for some time now, I’ve witnessed family and friends giving extravagant gifts worth hundreds or thousands of dollars, and I have always thought how ridiculous this seemed as it was proof for me of the rampant consumerism that occurred at Christmas time.

People’s struggles with consumerism have been going on a long time. In 1965, an animated television special based on the comic strip Peanuts, by Charles M. Schulz, debuted for the first time on television. The special was called A Charlie Brown Christmas and this was a cartoon that really addressed the issue of consumerism at Christmas.

In the cartoon, Charlie Brown knows that he should be happy, but he isn’t. He believes that commercialism is the problem. He struggles with his younger sister Sally who wants him to help her with her Christmas letter to Santa, where she dictates, “I have been extra good this year, so I have a long list of presents that I want. Please note the size and color of each item, and send as many as possible. If it seems too complicated, make it easy on yourself: just send money. How about tens and twenties?” He is also conflicted when Snoopy enters a Christmas decorating contest and wins a cash prize.

Charlie doesn’t know what to do about it all. When Lucy suggests that he direct the Christmas play, Charlie Brown hopes to find the true meaning of Christmas in the process. Even that doesn’t seem to work. One of the last pieces for the play is to get a Christmas tree as the set centerpiece. Charlie Brown, along with Linus, takes on the task with his entire cast wanting him to pick out a nice aluminum tree. Instead, Charlie Brown chooses a small, frail looking real tree, which when he tries to decorate it  he believes he has failed.

Even Linus declares, “Christmas is not only getting too commercial, it’s getting too dangerous.” Linus’ sister Lucy tells Charlie, “Look, Charlie, let’s face it. We all know that Christmas is a big commercial racket. It’s run by a big eastern syndicate, you know.” The cartoon is about Charlie Brown who is trying to obtain the real meaning of Christmas, which he believes is eclipsed by commercialism.

No one speaks of consumerism around Christmas better than Cal Thomas, an American syndicated columnist who often writes from a Christian perspective. Mr. Thomas recognized uncomfortable truths about Christmas in his December 2003 column. In his column he wrote:

“I’m not sure it’s worth keeping Christmas anymore. Oh, it is fine for those apparently dwindling numbers of us who still believe in the “original cast” of Jesus, Mary and Joseph, the Wise Men and the animals. They, as any post-Thanksgiving (not to mention postmodern) shopper knows, have been replaced by the road show of reindeer, winter scenes, elves and the God substitute, Santa Claus, who serves as a front for merchants seeking to play on the guilt some parents bear for ignoring their kids the rest of the year…

Why participate any longer in this charade where the focal point of worship has shifted from a babe in a manger to a babe in the Victoria’s Secret window? From gold, frankincense and myrrh to Bailey Banks & Biddle? No room in the inn has been replaced by no room in the mall parking lot. If God would get a lawyer out of hell, He might be justified in suing for copyright infringement. His great story has been hijacked and transformed into its opposite.” 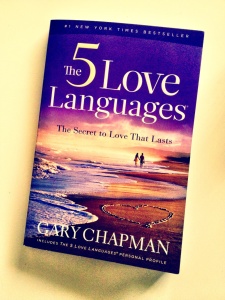 In 1995, Dr. Gary Chapman published a book called, Five Love Languages: How to Express Heartfelt Commitment to Your Mate, a book I read a few years ago. Here is a quick summary of the five love languages as described by the Verily website.

I have always thought that there was a lot of merit to Dr. Chapman’s Five Love Languages. How does Christmas fit in with Dr. Chapman’s love languages? Well, after thinking about it, it turns out that Christmas addresses all the languages of love. Let’s have a look at each.

So after much reflection on the topic, I’ve come to the conclusion that Christmas is more than the consumerism that I’ve been dwelling on. It’s more than gift giving. Christmas brings out the best in people. Christmas is a time that brings forth more love into the world. Christmas is about a spirit of love, otherwise known as the Christmas spirit.

The Christ child is a symbol of love, hope and peace that creates a joyful season. For Christian believers its more than a symbol. For non-believers the child is a symbol of love. Perhaps Linus Van Pelt expressed what Christmas is all about best when he said, “And suddenly there was with the angel a multitude of the heavenly host, praising God, and saying, ‘Glory to God in the highest, and on earth peace, good will toward men.'”

Christmas is an attitude. It’s a time when we allow the spirit of Christmas that inspires us to give and receive. That can be in the form of acts of kindness, giving gifts, saying a kind word, smiling at a stranger,  giving hugs freely, or visiting someone you haven’t seen in a long time. Calvin Coolidge says it best when he said, “Christmas is not a time or a season but a state of mind. To cherish peace and good will, to be plenteous in mercy [I prefer to say compassion], is to have the real spirit of Christmas.” The true meaning of Christmas is about a change in attitude. It’s about allowing the spirit of love, otherwise known as the Christmas spirit, to take hold of us.