A commentary on the belief that peace is achieved by strength. 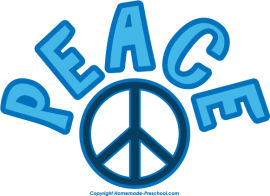 NBC News reports that current Secretary of State, Rex Tillerson, made the comment that “all options are on the table” over derailing North Korea’s weapons program. The news article also reports that Tillerson’s bluntness was met with immediate alarm by national security analysts and academics.

The Washington Times article, Trump administration: ‘America First’ and ‘Peace Through Strength’ national security policies states that President Donald Trump and his administration face an array of security threats and challenges around the world as the new president seeks to refocus U.S. government policies on putting America first. It also says the Trump administration’s immediate priorities include revamping the military and intelligence policies toward the Islamic State terrorist group. Just on March 16, the budget released by Trump’s administration proposes a $54 billion hike in defence.

Time, the online version of Time Magazine, has a section titled, Unpredictable America. In that section it says, the world’s sole superpower was once the international trump card, imposing order to force compromise and head off conflict. Now it’s a wildcard, because instead of creating policies designed to bolster global stability, President Trump will use U.S. power overwhelmingly to advance U.S. interests, with little concern for the broader impact.

Those of us who are more matured remember the Cold War. Wikipedia explains that this was a “war” of geopolitical tension between powers in the Eastern Bloc (the Soviet Union and its satellite states) and powers in the Western Bloc (the United States, its NATO allies and others). Each side had a nuclear strategy that discouraged an attack by the other side, on the basis that such an attack would lead to the total destruction of the attacker. In essence, peace through strength. “Peace through strength” is a phrase which suggests that military power can help preserve peace.

Ironically, I received the following quote in my email inbox from NealeDonaldWalsch.com.

On this day of your life, Dear Friend,

I believe God wants you to know that peace cannot come to this world until you are convinced that violence will never produce it. Hurt does not heal hurt. Violence will not bring an end to violence. Help the world to understand this by reacting differently, responding newly, when anger and a need to hurt you is sent your way.

You will have such an opportunity in your life. And probably, more than once. Do not miss the chance to humbly send a message of love.

The words, “peace cannot come to this world until you are convinced that violence will never produce it… Help the world to understand this…” literally jumped out at me. Why I wondered? Then the answer came to me. This is truth!

It is what is said in the western religions sacred scriptures of the world. In the Hebrew scriptures it says, “Depart from evil, and do good; seek peace, and pursue it”. In the Christian scriptures it is written, in 1 Peter 3:11, “let them turn away from evil and do good; let them seek peace and pursue it”.  In Islam’s sacred scriptures, the Quran, it says in chapter 49, verse 11, “Surely all believers are brothers. So, make peace between brothers, and fear Allah that mercy may be shown to you”.

Even many of the world’s greats have said that “peace through strength” is not the way. A man who is one of my heroes, Mahatma Gandhi, the leader of the Indian independence movement in British-ruled India, famously declared, “An eye for an eye only ends up making the whole world blind”.  Martin Luther King, Jr. was an American activist for the Civil Rights Movement. He is best known for his role in the advancement of those rights using nonviolent civil disobedience based on his Christian beliefs and the influence of Gandhi. King once declared, “I refuse to accept the view that mankind is so tragically bound to the starless midnight of racism and war that the bright daybreak of peace and brotherhood can never become a reality… I believe that unarmed truth and unconditional love will have the final word”.  Even Albert Einstein, widely regarded as a genius said, “Peace cannot be kept by force; it can only be achieved by understanding”.

Bridget of Sweden, a mystic and saint, and founder of the Bridgettines nuns and monks, allegedly once said, “The world would have peace if the men of politics would only follow the Gospel”. Margaret Mead, an American anthropologist during the 1960s and 1970s, is quoted as saying, “The first step in the direction of a world rule of law is the recognition that peace no longer is an unobtainable ideal but a necessary condition of continued human existence”. With all the world’s racism, war mongering, anti-Muslim, and anti-immigration rhetoric, citizens of this planet are craving to obtain a peaceful world and Mead is right; it is necessary for human existence.

For the most part, men have been the leaders in this world and still are. UN Women Website reports that as of June 2016, only 22.8% of all national parliamentarians were women, a slow increase from 11.3% in 1995.  We continue live in a world, as it has been for most of world history, ruled by males.

BBC has an article called, What if women ruled the world?  The article quotes Janet Napolitano, United States Secretary of Homeland Security from 2009 to 2013, under President Barack Obama as saying, “I think it’s fair to say that women are a little more collaborative in their approach overall, and a little less driven to conflict as opposed to driven to working out problems.” Mary Robinson, President of Ireland from 1990 to 1997, once said, “We need to take decisions now that will make for a safer world for our grandchildren and their grandchildren, and I think women are more likely to do that when they come into positions of leadership.”

More and more I am coming to the conclusion that people like Janet Napolitano and Mary Robinson are right. Maybe the world would be a more peaceful place if more women were running things.

Alice H. Eagly did a study in 2013 at Northwestern University called Women as Leaders. In this study she looked at leadership style versus leaders’ values and attitudes. Northwestern University is a private research university based in Evanston, Illinois. Her conclusion was, “There are multiple indications that women, compared with men, enact their leader roles with a view to producing outcomes that can be described as more compassionate, benevolent, universalistic, and ethical, thus promoting the public good”. 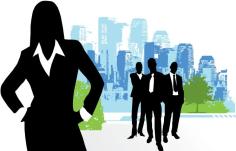 Something has to change if peace on this planet is ever to be obtained. Women, by their very nature would understand that peace cannot come to this world until humans are persuaded that violence will never produce it.