A commentary about the environmental abuse 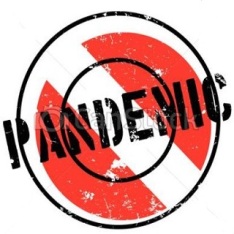 Some people are viewing the pandemic as nature fighting back against all that has been and continues to be done to it. But it is human behavior and disrespect for nature that have been the cause. Furthermore, as we cope with the pandemic, climate change is marching ahead. It’s causing strong ripples of change in all ecosystems and probably tipping the balance in favor of pathogens currently unknown to us. The wise way forward is to invest in conservation and science, and to embrace nature and the glorious variety of life with which we share this planet. A healthy future for humanity and a healthy biodiverse planet go hand in hand.

Perhaps, science is catching up with Indigenous spiritual teachings since Indigenous people have been telling us since first contact to respect the earth. For example, Big Thunder (Bedagi) Wabanaki, Algonquin is credited with the quote: “The Great Spirit is in all things. He is in the air we breathe. The Great Spirit is our Father, but the Earth is our Mother. She nourishes us. That which we put into the ground she returns to us.” There is an ancient Indian (Indigenous) proverb that says, “Treat the earth well: it was not given to you by your parents, it was loaned to you by your children. We do not inherit the Earth from our Ancestors, we borrow it from our Children.” There is a Cree prophecy which says, “When all the trees have been cut down, when all the animals have been hunted, when all the waters are polluted, when all the air is unsafe to breathe, only then will you discover you cannot eat money.” On the Assembly of First Nations website it says,

Indigenous peoples are caretakers of Mother Earth and realize and respect her gifts of water, air and fire. First Nations peoples’ have a special relationship with the earth and all living things in it. This relationship is based on a profound spiritual connection to Mother Earth that guided indigenous peoples to practice reverence, humility and reciprocity. It is also based on the subsistence needs and values extending back thousands of years.

Indigenous people have always believed the earth to be a living organism. Now even some scientists are saying the earth is alive. It is called the Gaia hypothesis, first articulated by James Lovelock and Lynn Margulis in the 1970s, and argues that Earth’s physical and biological processes are inextricably connected to form a self-regulating, essentially sentient system. Check it out in the Astrobiology Magazine.

In another National Geographic article titled, Traditional indigenous beliefs are a powerful tool for understanding the pandemic, it states:

While this pandemic is presenting an opportunity to find meaningful ways to connect, it’s also a wake-up call with important lessons for the future. “If we don’t learn from now,” warns Mindahi Bastida Muñoz, general coordinator of the Otomi-Toltec Regional Council in Mexico, “then another thing, more powerful, is going to come.

I’ve  (#blog, #blogger, #YA, #authors, #somseason) always argued that this pandemic is a wakeup call for humanity. To borrow a phrase from singer Jidenna’s song, ‘Bully of the Earth,’ we humans cannot continue to bully the earth. Let’s call it earth bullying (#antibullying, #bullying), and by that, I mean, exploiting and abusing the planet by polluting the air, ignoring climate change, pouring plastics into the ocean, deforestation, and pouring tons of chemicals (herbicides, pesticides, etc.) into our environment. If the Gaia hypothesis is true, and the planet is a living organism, then we humans are killing Mother Earth.

Yet, we humans continue with the earth bullying. The New York Times has an article, The Trump Administration Is Reversing 100 Environmental Rules, listing all the environmental protection rules that have been or are in the process of being eliminated. CBC News’ article, Alberta regulator’s move to suspend oilpatch monitoring sets dangerous precedent, reports that oil companies say the environmental suspensions are necessary to maintain COVID-19 guidelines. In essence, the oil companies are claiming it is too dangerous to monitor the environment, yet it is not too dangerous for hair dressers to cut hair. The argument is weak to say the least, yet our provincial government fell for it. CBC News reports in their article, Alberta rescinds decades-old policy that banned open-pit coal mines in Rockies and Foothills, says the provincial government is cancelling environmental protections that have been in place since the 1970s,  making it easier for open-pit coal mining in some of the province’s most ecologically sensitive areas. This move has nothing to do with Covid. This is about corporate greed, and governments enabling companies to do so at the expense of the planet. It is shameful!

Back in 2018, the Guardian had an article, The Earth is in a death spiral. It will take radical action to save us, claiming “climate breakdown could be rapid and unpredictable. We can no longer tinker around the edges and hope minor changes will avert collapse.” There is no doubt for me that continued abuse of the earth will have dire consequences for humanity. National Geographic’s article, Ocean Threats, has a long list of threats to our oceans because of human activities. The Guardian has an article, Humans just 0.01% of all life but have destroyed 83% of wild mammals – study, essentially arguing that humans are the cause of a mass extinction. I’ve seen articles about bird populations declining, and bee populations being endangered. It is all alarming!

Having said that, CBS News’ article, Before-and-after photos show dramatic decline in air pollution around the world during coronavirus lockdown, is eye opening. The earth, whether a living organism or not, has shown an amazing ability to heal itself when allowed to.

I’ve always argued in my posts that this COVID pandemic is a tool of some higher power—God, Allah, Yahweh, Universe, Source, or whatever you want to call it—bringing about transformation on our planet, creating a simpler, kinder, and more caring world, and that includes the earth. Maybe it is a reminder to humanity to respect and honour the earth instead of being a bully of the earth. The Indigenous people have always said that. If only we of European decent had listened to the Indigenous people instead of bullying them into submission, before bullying the earth.