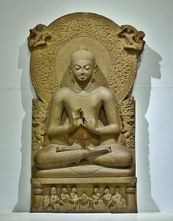 I’ve always been intrigued with Buddhism. The founder of Buddhism is said to have declared, “What we think, we become.” What does this really mean? I have been pondering that question for some time now. Others have said something similar. Ralph Waldo Emerson, an American essayist, lecturer, and poet, once said, “We become what we think about all day long.” Henry Ford, the founder of the Ford Motor Company, once said, “Whether you think you can or can’t, you’re right.” That is just a sampling of like-minded thinkers. So that begs the question, what do these quotes really mean?

I suppose the Buddha’s comment “What we think, we become” could be referring to self-esteem or self-talk. I know from personal experience and from observing my students as a teacher for 35 years, that self-talk is huge. I remember one particular student who thought that she could not pass my exams, and in fact, rarely did. What was interesting is this did not change until her thinking changed. I recommended to this student to visit the school counselor. She did and the counselor after much questioning discovered that her self-talk was such that she believed she could not pass my exams. The counselor worked with the student for a long while to change her thinking and lo and behold she started passing my exams. I also have worked with numerous students who told themselves that they were stupid, and these students were seldom successful. I suspect that this self-talk was reinforced at home. So quite literally “What we think, we become.”

Now this ties into what is known as the law of attraction. According to Wikipedia, “the law of attraction is the name given to the adage “like attracts like” which in New Thought philosophy is used to sum up the idea that by focusing on positive or negative thoughts a person brings positive or negative experiences into their life. This belief is based upon the idea that people and their thoughts are both made from “pure energy”, and the belief that “like energy attracts like energy.” So this law would say if you think about something long enough, you will attract it to you. Now I’ve had experiences that could be explained by this law. A number of years ago we took a family vacation to the east coast of Canada using a rental car to travel around. As we often did, we stopped to pick up pudding cups for a treat. Since I didn’t want my children to spill pudding in our rental vehicle, I didn’t allow them to consume theirs in the car. The decision was solely mine as there was much protest from my children and my wife. We all stood outside and ate our pudding. After all my lecturing to my children, along with their opposition and my wife’s belief that I was being a “worry wart”, guess who slopped  all over themselves. You guessed it, me. You could call that law of attraction or as Ralph Waldo Emerson put it, “We become what we think about all day long.”

Now the law of attraction would say that when we worry about something, say “I hope the car won’t break down” or “What if the car breaks down” that we attract that into our life even though we may not want it. I can also relate to this. Many years ago my wife and I took a road trip. Out of the blue my wife asks, “What would we do if the van breaks down?” I responded with, “find a mechanic.” Well, a few hours later our van died as the alternator failed. We had to find a mechanic. Was that the Law of Attraction? Perhaps. Orison Swett Marden, an American inspirational author and founder of SUCCESS magazine, said, “Worry clogs the brain and paralyzes the thought. A troubled brain can not think clearly, vigorously, locally.” This law would say that because we were worrying, thus constantly thinking that the van might break down; we attracted that into our experience.

What I find particularly fascinating is that science is providing evidence that the mind can affect matter. Here are two studies that caught my attention. The first is what is called the placebo affect. We’ve all heard of the use of placebos used in the study of new medications. A Baylor School of Medicine study, published in 2002 in the New England Journal of Medicine (see Study Finds…), looked at surgery for patients with severe and debilitating knee pain. The patients were divided into three groups. The surgeons shaved the damaged cartilage in the knee of one group. For the second group they flushed out the knee-joint, removing all of the material believed to be causing inflammation. The third group received a “fake” surgery, where the patients were only sedated and tricked that they actually had the knee surgery. For the patients who received the “fake” surgery, the doctors made the incisions and splashed salt water on the knee as they would in normal surgery. They then sewed up the incisions like the real thing. All three groups went through the same rehab process, and the results were surprising. The placebo group improved just as much as the other two groups who had surgery.

Another fascinating example of how science is showing the power of the mind influences matter is the work of Dr. Masaru Emoto.  Dr. Emoto has been studying the effects of thoughts and feelings on water. He did this by producing different focused intentions through written and spoken words directed towards water samples. He did the same using musical styles. Dr. Emoto would literally present these thoughts to water samples and the water appears to “change its expression”. One of his books, The Hidden Messages in Water (1999), explains how he demonstrated the effects of human thoughts on water. More specifically, he observed the crystals of frozen water after exposing the water to music or thoughts. I have personally read this book and found it quite captivating and he has since published many more. (See Masaru Emoto)

There are many more captivating scientific studies that provide evidence that thought, or the human mind, can influence matter. See the 10 Scientific Studies… to learn more.

So maybe there is something to the Buddha quote, “What we think, we become.” Or as Henry Ford said, “Whether you think you can or can’t, you’re right.” If we think we are a failure, we become a failure. If we think we are brainy, we become brainy. Now I’m not suggesting it is magic. If we think and believe we are good at something, say hockey, doesn’t mean we magically are. However, the wanting to be good motivates a person to practice and become good at it. Eckhart Tolle, a German-born resident of Canada, best known as the author of The Power of Now and A New Earth: Awakening to your Life’s Purpose, says, “The mind is a superb instrument if used rightly. Used wrongly, however, it becomes very destructive. To put it more accurately, it is not so much that you use your mind wrongly—you usually don’t use it at all. It uses you.” I get that now. If we control those negative or destructive thoughts then our mind can’t use us. If we use our mind in positive and creative ways, then we grow as human beings. It is true. What we think, we become.”