A commentary on giving youth a real voice.

CBC News reports in its article,  Thousands of students in U.S. walk out of classes to protest gun violence, accounts that students at Marjory Stoneman Douglas High School in Florida staged  a 17-minute walkout, one minute for each of the Florida school shooting victims from February 14.  This walkout was exactly a month to the day after an expelled student using an AR-15 assault-style rifle treaded into the school and opened fire, killing 14 students and three of its staff members. More than 3,000 walkouts were planned throughout the U.S. The purpose of the protests was to pressure federal lawmakers to pass gun control laws. Parkland students argue such laws will prevent other students from having to face the kind of trauma they experienced. As a retired social studies teacher, this is exactly the kind of activity I encouraged my students to participate in; to make their voices heard.

According to Wikipedia, there have been  219 (assuming I counted correctly) school shootings since the April 20, 1999. Why this date?  That is the date of the Columbine High School massacre where two Columbine students killed twelve students and one teacher as well as injured 24 others. They finished their massacre when they committed suicide. I especially remember this event because 8 days later, in Canada, a 14-year-old boy opened fire inside the W.R. Myers High School in Taber, Alberta, killing student Jason Lang and seriously injuring another student. In Canada, during the same time period, there have been three school shootings according to Wikipedia, one of which was in a college. When you compare Canada to the U.S., it clear that American students have just cause for concern. 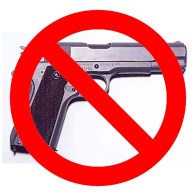 Each time there is a mass shooting south of the border, the United States regime debate gun control, but nothing changes. Laws change minimally if at all.  Time.com makes an interesting statement saying, “though they [the students] may not be old enough to vote, they are making their voices heard outside the nation’s schools — in some cases, by physically getting up and leaving.”

That statement got me thinking. Do young people, those under the age of 18, have a voice or are they marginalized? Observing what is proceeding with the students in the U.S. and seeing them take a stand, I would say young people have been marginalized. The legal voting age in Canada and the United States is age 18. Now I’ve always bought the argument that young people are not ready to have that responsibility. They are not knowledgeable enough or responsible enough to be given the right to vote. Thinking about that, the same argument could be made about adults, those over age 18. I’ve met many, many adults who are not knowledgeable or responsible when it comes to politics. I now believe that age is not a factor.

Being curious, I wanted to know how many countries in the world have lowered the voting age to less than age 18. According to Worldatlas, Legal voting age by country, there are 15 countries plus the European Union, with its 28 member countries, that have voting ages less than 18. This is a topic I have discussed with my social studies classes over the years and I remember having some lively discussions with my under 18 students. Most advocated for the right to vote.

Craig Kielburger is a Canadian author and activist for the rights of children.  In 1995, when he was age of 12,  Kielburger saw a headline in the Toronto Star newspaper that read “Battled child labour, boy, 12, murdered.” This was a story was about a young Pakistani boy who was forced into child labour in a carpet factory at the age of four. Kielburger researched child labour and asked his seventh-grade teacher to speak to his classmates on the topic. As a result, a group of pre-teens started ‘Kids Can Free the Children’ which later became ‘Free the Children’.

In November of 2000, Craig Kielburger is quoted as saying:

Lowering the voting age to 16 is not a novel idea. Brazil has recently given the right to vote at all levels of government to 16-year-olds in that country. France, England and Australia are also contemplating lowering the voting age. Last month I attended meetings with world leaders at the State of the World Forum in New York City and met with the Japanese Minister of Finance to discuss youth issues during a trip to Japan. On November 27 [date of a Canadian federal election], however, I shall be denied the right to cast my vote for the individual I believe should lead my own country. Why? Because I am 17 years old. The time has come for Canadians to take a serious look at lowering the voting age to 16.  (see Giving Youth a Voice).

In an electoral studies research article prepared in 2012, Voting at 16: Turnout and the quality of vote choice, it says in the abstract,

Critics of giving citizens under 18 the right to vote argue that such teenagers lack the ability and motivation to participate effectively in elections. If this argument is true, lowering the voting age would have negative consequences for the quality of democracy. We test the argument using survey data from Austria, the only European country with a voting age of 16 in nation-wide elections. While the turnout levels of young people under 18 are relatively low, their failure to vote cannot be explained by a lower ability or motivation to participate. In addition, the quality of these citizens’ choices is similar to that of older voters, so they do cast votes in ways that enable their interests to be represented equally well. These results are encouraging for supporters of a lower voting age.

What struck me in this research was, “failure to vote cannot be explained by a lower ability or motivation to participate…the quality of these citizens’ choices is similar to that of older voters.” Age does not seem to be a factor.

The Guardian article, Have faith in our generation, quotes 16 year old, Chloe, from Scotland who says, “Politicians need to let go of old stereotypes and have faith in my generation.” The article explains that teens argue: ‘When we turn 16 we are trusted with responsibilities such as consenting to sexual activity, buying lottery tickets, and marrying or registering a civil partnership. It is absolutely absurd to grant young people these responsibilities without letting them have a say in their own future.’ I would also add that teens are considered responsible enough drive, so why not vote.

According to the article, Scottish 16-year-olds have proven they are engaged and capable of handling the right to vote based on the statistic that 16-year-olds had a greater turnout at the 2014 independence referendum than 18 to 24 year-olds.

I guess it’s official. I’ve had a change of mind. I do think the voting age should be lowered to age 16. We ‘Student Vote’ anyway.  Why not give them a real say? I have taught some very intelligent and passionate teens over the years who are educated on issues and know their position on issues. Yes, there are those who don’t care, but there are many people who have voting privileges who are apathetic. The fact that 31.7% of eligible voters did not vote in Canada’s 2015 federal election proves this.