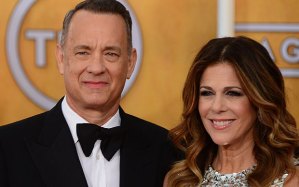 Most of us like our names and believe others do as well, but that is not always the case. CNN’s article, Tom Hanks writes to bullied 8-year-old named Corona, is a story about Corona DeVries, an 8 year old from Queensland, Australia, who told reporters that he had recently been called “coronavirus” at school. He told them, “Coronavirus — they kept on saying that, and I get really mad.” The 8-year-old wrote to Tom Hanks, a well-known American actor, and his wife Rita Wilson, wishing them well and saying, “I heard on the news you and your wife have caught the coronavirus. Are you ok?”

What is special about this news story is Mr. Hanks wrote the young boy back, addressing his letter, “Friend Corona.” The actor expressed gratitude for the 8-year-old’s concern about his and his wife’s health. In the letter, Mr. Hanks says, “Thank you for being such a good friend — friends make their friends feel good when they are down.” The Oscar winner, who collects typewriters, sent the 8-year-old a typewriter saying, “use it to write me back.” At the bottom of his letter, Hanks added the handwritten postscript “You got a friend in me!” — the name of the “Toy Story” theme song.

The likelihood of this young man being bullied because of the name Corona would be close to zero under normal circumstances, but because the world is presently experiencing a viral pandemic with a virus called Coronavirus, he was targeted. I was touched by this story because of the kindness shown by Tom Hanks. Even more, just when I (#blog, #blogger, #YA, #authors, #somseason) think I’ve heard it all, I hear about another ridiculous reason for bullying. It is not this 8-year old’s fault that this virus is called coronavirus. It shows how insensitive bullies are. 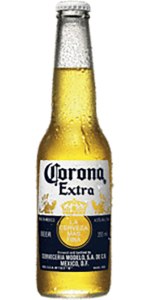 Bullying  (#antibullying, #bullying) a boy, because his name is Corona, is outlandish, just as outlandish as people relating Corona beer with the virus.  CBS News put out a story in early March titled, Survey finds 38% of beer-drinking Americans say they won’t order a Corona. It says 38% of American beer drinkers surveyed said they wouldn’t buy Corona “under any circumstances” at the moment. Among regular Corona drinkers, only 4% said they would now refrain. Refraining from drinking a beer that has been around for years because its name is the same name as a virus is ridiculous.

Getting bullied because of your name is nothing new. It has been happening forever. I too, was harassed because of my name. All throughout elementary and junior high school, I was made fun of because my last name was Sommer. I was called summer sausage, which is a sausage that has been dry-cured, smoked, and hardened. I grew up eating summer sausage as it was one of my dad’s favourites. I hated being called summer sausage, and at the time, I didn’t think of it as bullying. The kids that called me that thought it was funny, and they laughed a lot calling us summer sausage. The reality is,  my siblings, cousins, and I  didn’t like being called that, and that makes it bullying.

ABC News did a story, Boy who changed his name from Trump, about Joshua, who lives in Clayton, Delaware, who began using his father’s last name, rather than his mother’s, due to the relentless bullying he experienced after Donald Trump began campaigning in the 2016 presidential election. Joshua’s mother, Megan Trump, no relation to the president, said that other kids would curse at her son, calling him stupid and an idiot. He hated his last name and felt sad all the time. Since the bullying got so bad, the school district agreed to change Joshua’s name in the school system when he began Middle School. I feel for this 11-year-old. It is not his fault he had the same last name as the current resident of the U.S. White House; a man who makes it easy for others to ridicule him when the U.S. leader makes statements such as, covid-19 patients might be cured by treating them with injections of disinfectant and applications of ultraviolet light.

A 2011 Daily News’ story, Lea Michele: I had to change my last name because I was bullied in school,  is a story about “Glee” actress, Lea Michele, who ditched her surname after being bullied in school. Sarfati, is her real surname, but the actress said. “I don’t use it a lot because I got ‘Lea So-fatty,’ ‘Lea So-farty’ at school.” She said, “When I was little and I went on my first audition they were like, ‘And may we have your name,’ and I was like Lea Michele. And I’ve been Lea Michele ever since.’ ”

As I’ve said in my post, Really? Bullied for Loving Books, there is a very

simple solution to bullying, and that is following the Golden Rule which says, “Do unto others as you would have them do unto you.”  However, it is not that simple as hurting people feel better when they take their pain out on others, so the bully’s pain needs to be healed first. As the adage says, “Healed People Heal People.” A bully is a hurting person, so the first step is to acknowledge that. The next step to help them heal. That might be as simple as listening to their story of pain, since many bullies feel unheard. Some may require professional help, so recommending a healer might be a way to help.  Most importantly, show kindness, compassion and love, all which heal. So, instead of condemning those who bully—even though that is our first instinct—try having compassion for them, but make it clear that their bullying is unacceptable.

3 thoughts on “Names Should Never Hurt”