A commentary on the forms of bullying 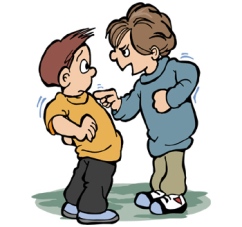 I (#blog, #blogger, #YA, #authors, #somseason) stumbled upon an article, Bullying can happen in many different forms, which made me reflect on my life. The article says that most people accept physical bullying (punching, pushing) as bullying (#antibullying, #bullying), but that other forms of bullying are not as wildly accepted as bullying. In my recent post, Why do Things Have to be Complicated? I suggested that we make the definition for bullying simple, suggesting;  “If someone feels unsafe or threatened by another, then they are being bullied.”  Now I think I should expand that definition to read: “If someone feels unsafe, threatened, rejected, or inferior because of another, then they are being bullied.” The article lists some kinds of bullying as: 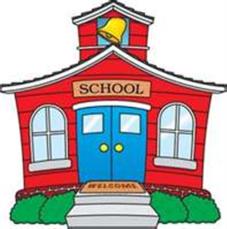 The article says all forms of bullying are harmful, but argues verbal bullying, which includes name-calling, is the most common type of bullying. I would have to agree. Never have I had a school yard supervision without some little person running up to me saying, “____called me a ____” You fill in the blanks. Social bullying was also a common occurrence as little ones often came up to me while on supervision saying, “____won’t play with me.”

This article provides an interesting fact (although it gives no reference as to where the fact came from). The article claims, “bullying happens to someone in Canada every seven minutes on the playground.” For the author talks for my book, A Shattered New Start, I use a PREVNet statistic, which is a Canadian authority on bullying research, who say, “75% of people say they have been affected by bullying.” I suspect that number is even higher. The point is, bullying is epidemic.

Another fact the article mentions is; “Other kids are watching 85% of the time when one kid bullies another kid. Adults, like teachers or parents, hardly ever see a bully being mean to someone else.” This is true. Kids are always watching whether you are aware of it or not. For my author talks, I use some stats provided by the Canadian Red Cross, who say; “Over half of bullied children do not report being bullied to a teacher,” and “71% of teachers say they usually intervene with bullying problems; but only 25% of students say that teachers intervene.” The latter stat is concerning.  The truth is, kids perceive teachers as ‘not caring’ or ‘turning a blind eye.” From my experience of a 35-year veteran retired teacher, I don’t believe that is true. It is more likely teachers don’t see the bullying happening. We only hear about it after the incident.

In my last post, I Want to Know, I solicited bullying stories, and I am still doing that. I offered a free promo code to the first 15 people who sent me their bullying story, and in return they could download a digital version of my book, A Shattered New Start, from the  iTunes bookstore. My email is: authorkjsom@gmail.com. The codes are valid until June 1st, so you need to hurry. Since I am asking to hear other people’s bullying stories, it is only fair that I share more of mine, so here goes.

Have I ever been the recipient of verbal bullying?  You bet, even as a teacher. I have been told to, pardon my language, “fuck off,” a few times as a teacher.  Probably the time that stands out most was during my second or third year as a ‘rookie teacher.’  I received in the mail—it was snail mail in those days—a hand written letter from a student, or maybe a group of students, telling me to quit teaching. The author(s) of the letter called me some unkind names. As an insecure ‘rookie teacher,’ that was a blow to the self-esteem. I felt unsafe, threatened, and rejected because of this letter. What might these kids do next, and in fact, my vehicle was “keyed” (scratched by a key) or vandalized around that time, so for all I know it was the same kids.

That letter bothered me for a long time, but I accepted it was kids being kids. As the American Academy of Child and Adolescent Psychiatry says,

Adolescents differ from adults in the way they behave, solve problems, and make decisions. Teenagers occasionally behave in an impulsive, irrational, or dangerous way…[they] don’t think things through or fully consider the consequences of their actions.” That doesn’t make the bullying okay, but it makes it understandable.

A home-schooling friend of ours, who recently read my book, A Shattered New Start, told me that it never occurred to her that a teacher might feel frightened by a student. I have on many occasions. My daughter, who is also a teacher, told me she has as well, and she teaches kindergarteners and grade ones. Students can be intimidating. 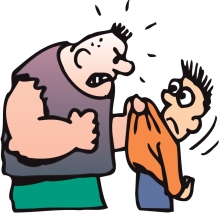 Have I ever been the recipient of physical bullying?  You bet. I remember in elementary school—don’t remember what grade I was in—my brother and I were walking home from school. We lived in a small town, so we had to walk to and from school. One of the town bullies was harassing my brother and I, calling us names, etc. What I remember most is the bully taking snow and rubbing it into our faces. My brother and I were scared as the bully was bigger than either of us. It was a humiliating and upsetting experience. We definitely felt unsafe and threatened by this bully.

Have I ever been the recipient of social bullying? You bet, as a non-athletic person. All throughout school, in gym class, I was always one of the last kids to be picked for a team. You remember those times because you feel unwanted and rejected. I felt inferior thinking I was not good enough to play on a team.

Have I ever bullied? I am sad to say, yes.  As a teacher, I once strapped a student. In the early part of my career, corporal punishment was the norm.  I hated it. Inflicting pain on a student felt awful.  The belief was, if you inflicted physical punishment on a kid, it would be a deterrent; ensuring they would never commit the infraction again. It seldom worked though.    I only ever did it once because it was such an unpleasant experience. There was nothing about being a bully—in my case, carrying out corporal punishment—that felt good.

So, there you have it; some more of my experiences with bullying. Please, please send me some of your bullying experiences, and don’t leave out your feelings. If you are kind enough to share your bullying experience, you’ll receive a free promo code to download a digital version of my book, A Shattered New Start, from the iTunes bookstore, but hurry, as the codes expire June 1st.

One thought on “Bullying Takes Many Forms”